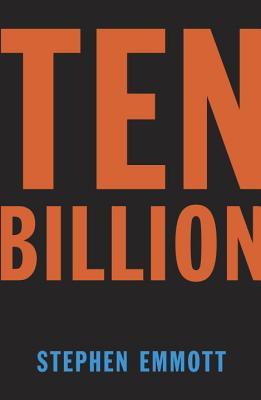 
I read this book about two years ago.

It's ultimately a collection of predictions based off of scientific data that explain Stephen Emmott's vision for what will happen when the earth reaches a human population of ten billion. Emmott explains these changes in terms of agriculture, climate, industry, resources, etc. with great detail.

It's a book that makes you think about the immediate future. When I think of "the future", I tend to picture a scene past my lifetime. It's easy to forget that the future starts just after now and encroaches on infinity. We want to think that all of the issues that will happen in the future will occur after our own existence, but this book justly puts into perspective the truly volatile nature of the earth in our own lifetime.

I don't have a rating for the book. I would guess it would be somewhere around 3.5/5 stars, but I can't accurately rate a book that I read so long ago. It's a quick read which I found rather nice, just a couple of hours.